The Gulati Institute of Finance and Taxation (GIFT) is envisaged as a centre of excellence, specializing in research, training and consultancy, to provide fiscal and social policy inputs to the Government of Kerala in particular and the South Indian states in general. The GIFT was formed in 2009 by upgrading the Centre for Taxation Studies (CTS), an autonomous institution formed by the Government of Kerala in 1992 for undertaking research, training, consultancy, and publication in the area of public economics.

The GIFT is named after Professor Iqbal Singh Gulati (1924-2002), an eminent economist who was closely associated with public policy making in various capacities, notably as Chairman of the Kerala State Planning Board. Dr. Gulati was also one of the leading authorities on Centre-State financial relations, taxation, the public distribution system, migration-related issues and international trade.

Gulati Institute of Finance and Taxation had its inception in 1992 as Centre for Taxation Studies (CTS).The Centre for Taxation Studies was an autonomous institution constituted by the Government of Kerala under the Travancore-Cochin Literary, Scientific and Charitable Societies Act, 1955. The major objectives of the centre were to undertake research, training, consultancy and publication in the fields of public finance, taxation law, accounting and management.

In 2009, recognising the academic achievements of the centre, the Government of India, along with the Government of Kerala, decided to upgrade the centre to a national-level institution. It was also decided that the centre would be renamed as Gulati Institute of Finance and Taxation (GIFT) in honour of renowned economist
Prof I. S. Gulati. 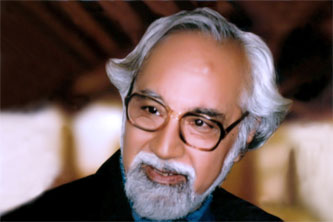 Dr. Iqbal Singh Gulati was born on March 15, 1924 at Bannur in the North West Frontier Province of undivided India. He moved to Delhi following the partition of the country in 1947. After post graduation in economics from Punjab University, he joined Planning Commission and later took Ph.D from London School of Economics in 1955 where he also served as tutor during 1954-55. Gulati’s thesis on ‘Taxation of capital’ had attracted some attention. On his return he worked with Nicholas Kaldor on Tax reforms in India. In August 1956, he joined M.S. University, Baroda, as Reader in Economics and after a year he married Leela, an economics student from Karnataka, who later became a well-known social scientist. Gulati served as Professor at MS University for over a decade (1956-68).
Professor Gulati came to Kerala to help EMS Government (1957) on the budget of the newly formed state.According to Dr.K.N Raj “From then on, he became practically a Malayalee. He could understand Malayalam very well and knew more about Kerala than any Malayalee did,” In August 1968, Gulati joined the United Nations as the Regional Economic Adviser for the Caribbean and as Adviser for the Economic Commission for Latin America, a position which he held till the end of 1971.
Later he became a Fellow of Centre for Development Studies, Thiruvananthapuram in 1972. Kerala became his abode ever since and he remained an integral part of its public life till death. However tempting other offers might have been, he refused to leave Kerala. For a brief period in early 1972, he was Tax Policy Adviser at the International Monetary Fund On 27th May 2002, he passed away in Thiruvananthapuram at the age of 78. His simplicity and nobility of character, commitment to the cause of the deprived and regard for the people of the state will be fondly remembered for long. Gulati is survived by his wife Leela and children Mitu and Prea.
Gulati served in many important committees and Commissions. He was member of Sixth Finance Commission (1972-73) and twice chairman of Kerala State Planning Board. He was Chairman of Taxation Review Committee of Kerala and Karnataka. He was a Visiting Fellow at MIT Boston University and Chairman, Indian Institute of Management, Kolkata. He has written extensively on taxation, federal finance, international finance, planning, decentralization and development. Dr. Gulati was considered one of the best authorities on Centre-State financial relations.